What are the TYPES OF human hair and their sources-?

Technically there are 2 types of hair.

There are other various terms by which we call these hair. We will learn all that in our later chapters. 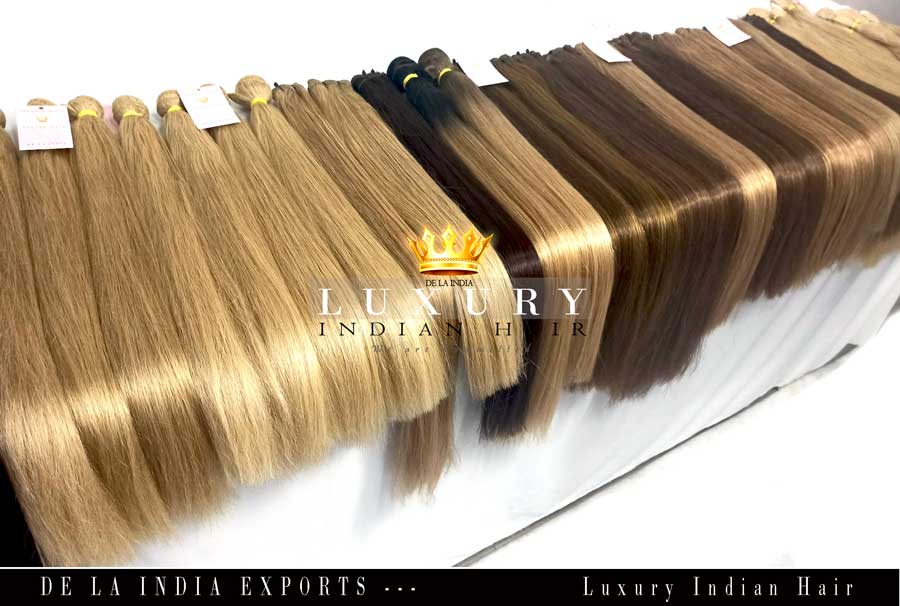 What is a Remy hair ?

A Remy hair have all their cuticles aligned or more simply, the roots and tips of all the hair in a bundle are in the same direction as it was originally on the donor’s head. They are usually cut from the donor’s head or tonsured.  These are sold as natural hair and gives a very long life.  Because the roots and tips are aligned, these do not tend to tangle when they are used. They can be soft and silky depending on the level of maintenance. A Virgin Remy Hair is that remy hair on which chemical had never been applied. 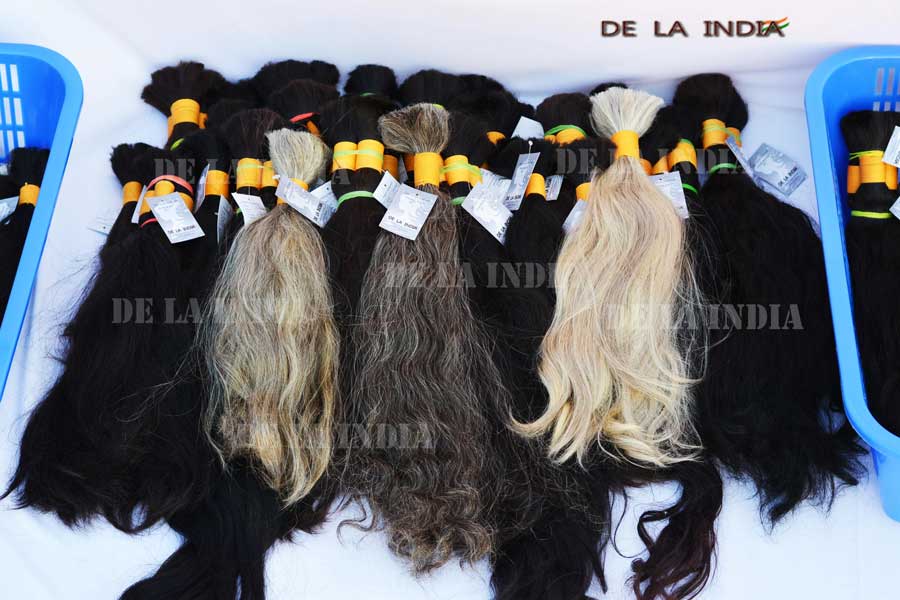 What is a Non-Remy Hair?

Although it is not possible to understand in picture the real difference between remy hair and non remy hair, but the properties of bothe the hair are very different. We will learn more elaborately about the differences in our later chapters

What is the source of Remy hair?

In most countries, the source of Remy hair is from hair donation, or beauty parlours. But India has an added advantage of collecting Remy hair from the Hindu temples which is also known as Indian temple Hair. The sacred Hindu tradition of sacrificing hair in temples is greatest the source of Virgin Remy hair. Thousands and thousands of pilgrims sacrifice their hair every day, a ritual which is followed by Indians since hundreds and thousand of years. Thousands of kgs of raw hair are collected by temple authorities and auctioned to the hair companies in India. These hairs are natural and won many hearts of people who loves raw and unprocessed hair. The availability of Remy hair only in Indian temple is much higher than collectively other countries source it from hair donations or beauty parlours, thus making India the most famous destination for natural hair.

What is the source of Non Remy Hair

The availability of Non Remy hair is present in almost all countries. The hair which falls of a woman’s head while combing or in simple words the comb hair, is collected and sold to pedlars on behalf of money or gifts. The procurement and production of Non Remy hair largely depends on the population of woman in that particular country.  India and China both are vast countries and densely populated, hence both are leaders in producing the raw materials for Non Remy hair.

Among all the Non Remy hair that is produced in India, 70 % are exported to china for the manufacturing of several hair products and rest goes to Indonesia, Vietnam, Burma and several other countries who are looking for raw materials for their own manufacturing. In other words, India is also the largest supplier of Non Remy raw materials apart from its Remy hair supply from the temples. Which altogether makes India one of the hottest destinations for buying human hair.